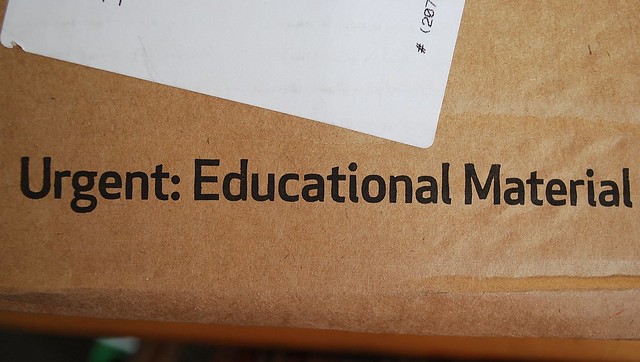 So, it’s been a while since I wrote a blog post. But this year I am determined to find the time for self-reflection that I missed out on last year – and forcing myself to blog at least once a fortnight should help me do that.

The return to school after such a long break is always a funny one, and this year I’ve felt less organised than ever. Partly I think I overworked myself last year and really needed a long break, meaning that I didn’t even do the token 3 or 4 days in the run up to starting this year.

And yet, it really doesn’t take long to get back into it. This morning I felt quite disillusioned arriving at school. The same corridors, the same room, the same tip that I didn’t tidy properly at the end of term… and the same requirements to be excellent, to be outstanding, to have engaging, entertaining lessons. I really didn’t think I had the energy for it any more when I rolled up at 8am.

By third lesson I’d spent two hours with my new form, taught a tutorial lesson that didn’t result in me wanting to bang my head against a wall and was starting to take some shiny new Y7s through the intricacies of logging on. I didn’t have time be tired, found myself making jokes the kids didn’t get (is it just me that does this?) and just generally felt quite at home.

This afternoon I met both of my new Y10 classes and was impressed by their work ethic, their ability and my planning (I might be one-sided but I genuinely thought they both lessons were well paced, included varied activities and both actually had a plenary!).

So, while it seemed a dispiriting moment to be heading back to the front lines, it’s actually reminded me of all the things I love about teaching. Interactions with enthusiastic kids, being helpful and supportive, seeing people make progress on a minute by minute basis and all that stuff.

I’ve been kicking around an idea for a few months now.

Actually, no, that’s a lie. I’ve been following some other people kicking around an idea for a few months now and I’ve been feeling like this has the makings of a very good idea. Possibly.

Chris Allen (@infernaldepart) and Brian Sharland (@sharland) keep posting messages about Digital Badges, and a blog post by Dave Stacey (@davestacey) has really filled me with enthusiasm (and a bit of awe at the scope of his pedagogical vision). The basic principle is quite simple; instead of assessing each piece of work as Level 4a, Level 5c or whatever you use the Scouting model of awarding badges as a way of recognising achievement.

This has a real advantage for me that it’s not about me looking at each piece of work and grading it at one of several levels, it’s not about hawkishly passing judgement on the student every time. The emphasis is instead focused on rewarding work, and specifically in rewarding progress.

At Beaver Scouts, my daughter recently earned her ‘1 night away’ badge. Does this represent any learning objectives? No. Does it represent an achievement? Absolutely. It won’t be long before she earns her ‘5 nights away’ badge, then 10, 20… I think my son should be approaching 50 by now. Progress, achievement and rewards.

And actually, it’s not entirely dissimilar to the real world. When I have to write a particular document it is ultimately pass/fail. My SEF either comes back needing amendment or it is accepted, I get to keep my ‘administrative paperwork’ badge and everything else that comes along with it.

All this is helped by Mozilla’s Open Badges framework. The idea is that people can complete tasks and be awarded a digital badge for their efforts. They even have a virtual backpack on which you can proudly display your badges. And being open source (hence the Open Badges name), anyone can create their own badge, or set of badges.

There are two issues I still need to overcome, however, if this is going to work.

One, I need a way to embed the badges in the student mindset. They need to be displayed somewhere in a way that is “automagic and omnipresent”. It’s no use asking them to sew them on their jumpers and I don’t like the idea of students having to go to a third party website just to check their badges and to see the badges of others. One idea I’m looking at is a login script that will display the student’s badges on their desktop. I’m also hearing rumours of a potential plugin for with Edmodo and/or Moodle.

The second one is that in order for this to work, it needs to be consistent across the department, approved by SLT and mapped to levels so that we can still report using the existing systems. None of that is necessarily insurmountable, I just hope that my departmental colleagues are willing to give it a go.

I genuinely think that there is an opportunity here to provide feedback, offer recognition and to motivate students in a fundamentally different way.

Drew Buddie asked teachers to suggest their favourite three minute apps and, being me, I suggested two.

For sheer enjoyment there is the excellent Isle Of Tune, a tool for creating your own beats and loops with a virtual map and cars. It’s a lot more addictive than it sounds and it’s great fun.

For teaching and learning though, I suggested Google Spreadsheets.

My iMedia students have to complete a number of coursework tasks for each unit, and keeping track and getting the students motivated can be tricky.

About 18 months ago, however, I hit upon an idea. I set up a quick Google Spreadsheet with student names down the side, tasks across the top and colour coded the cells. Red means not attempted, yellow means attempted and green means good enough.

The spreadsheet is then published globally (with an insanely long and unguessable URL, for security – although no surnames are present anyway). Google will also give you some code to embed your spreadsheet into an existing web page – so we have the grid embedded at the top of each unit’s course on our (Moodle) VLE.

As well as making it quick and simple to see where students are at a glance, it has been a real motivator. Some of the more ‘challenging’ students now see it as a competition to get the most greens up as quick as possible.

Although I use this with pass/fail tasks, I see no reason why the idea couldn’t be adapted to suit graded pieces of work too. The colours could relate to personal targets, or could relate to A*/A, B/C, D and below, depending on your needs.